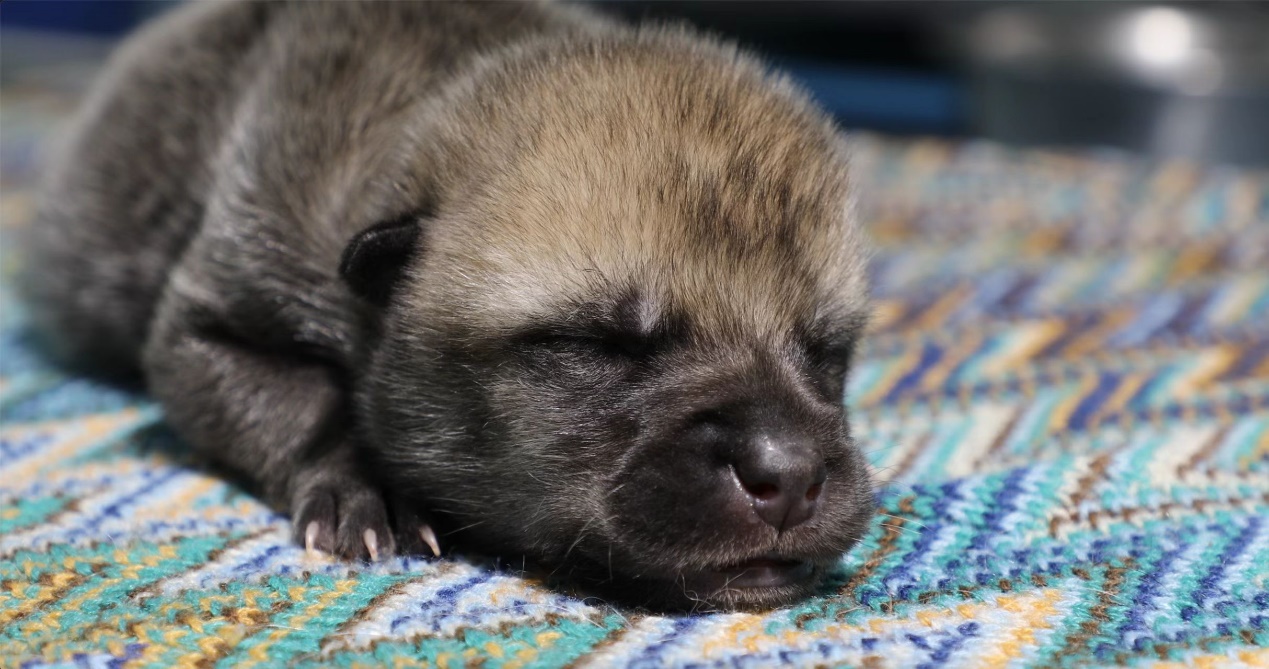 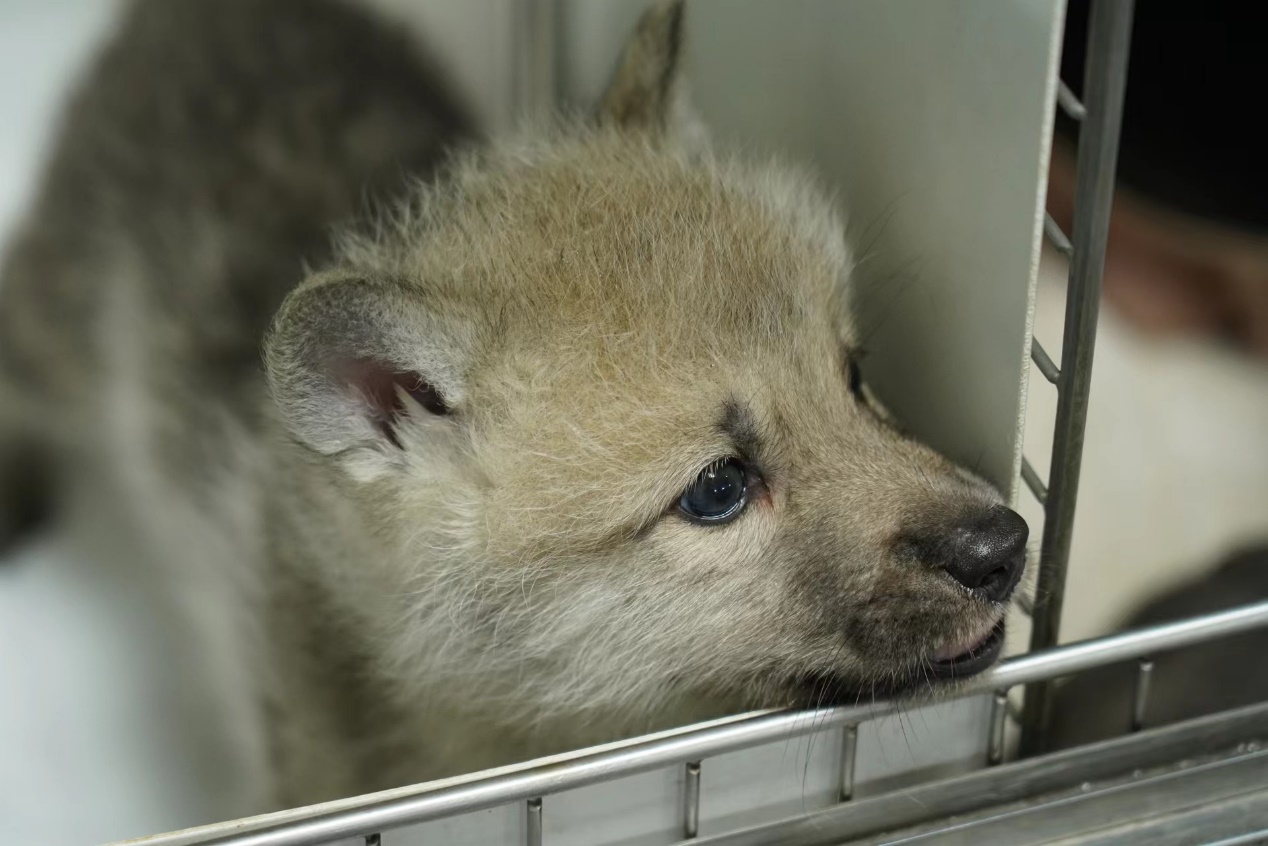 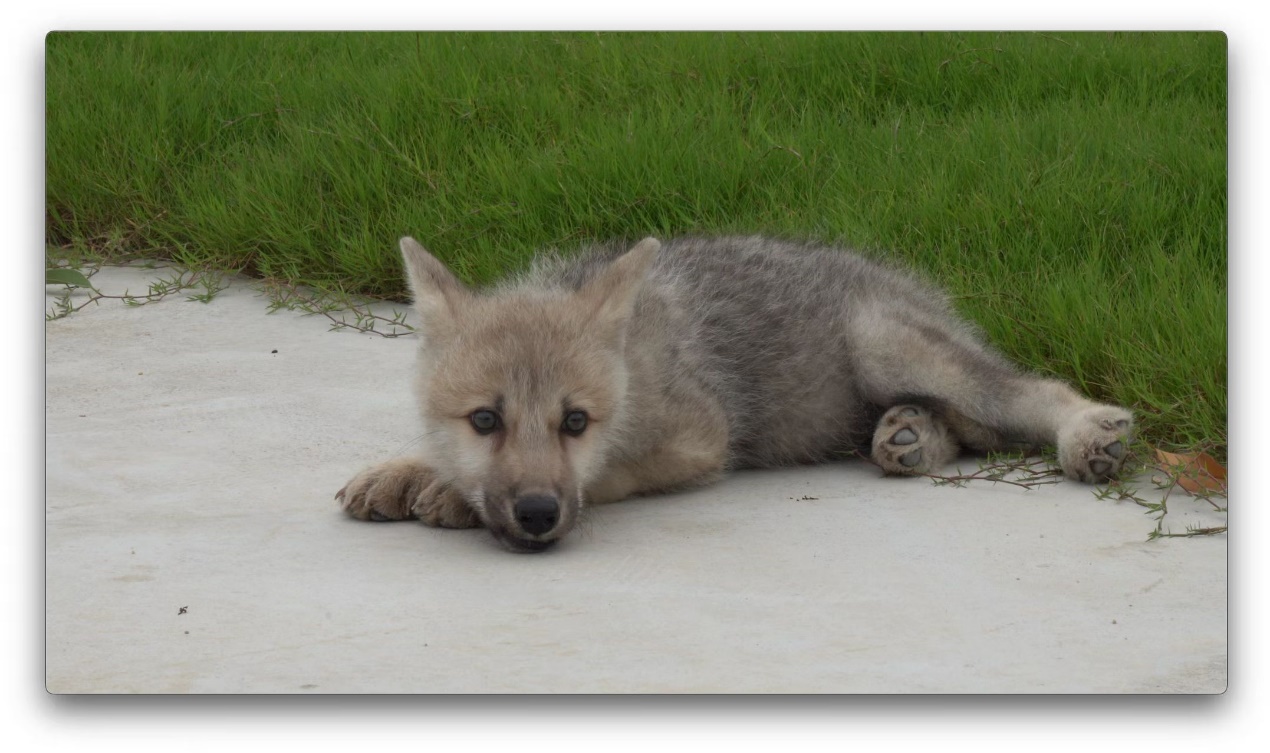 At the press conference, the participants watched a video of an Arctic wolf pup, which was the world's first cloned Arctic wolf, and was delivered by a beagle on June 10 this year. According to Mi Jidong, chairman and general manager of Sinogene, today is exactly the 100th day of the little wolf, and it is in good physical condition.  According to sci-tech novelty retrieval, it is the first case in the world. (Report number: 202201c1408016). 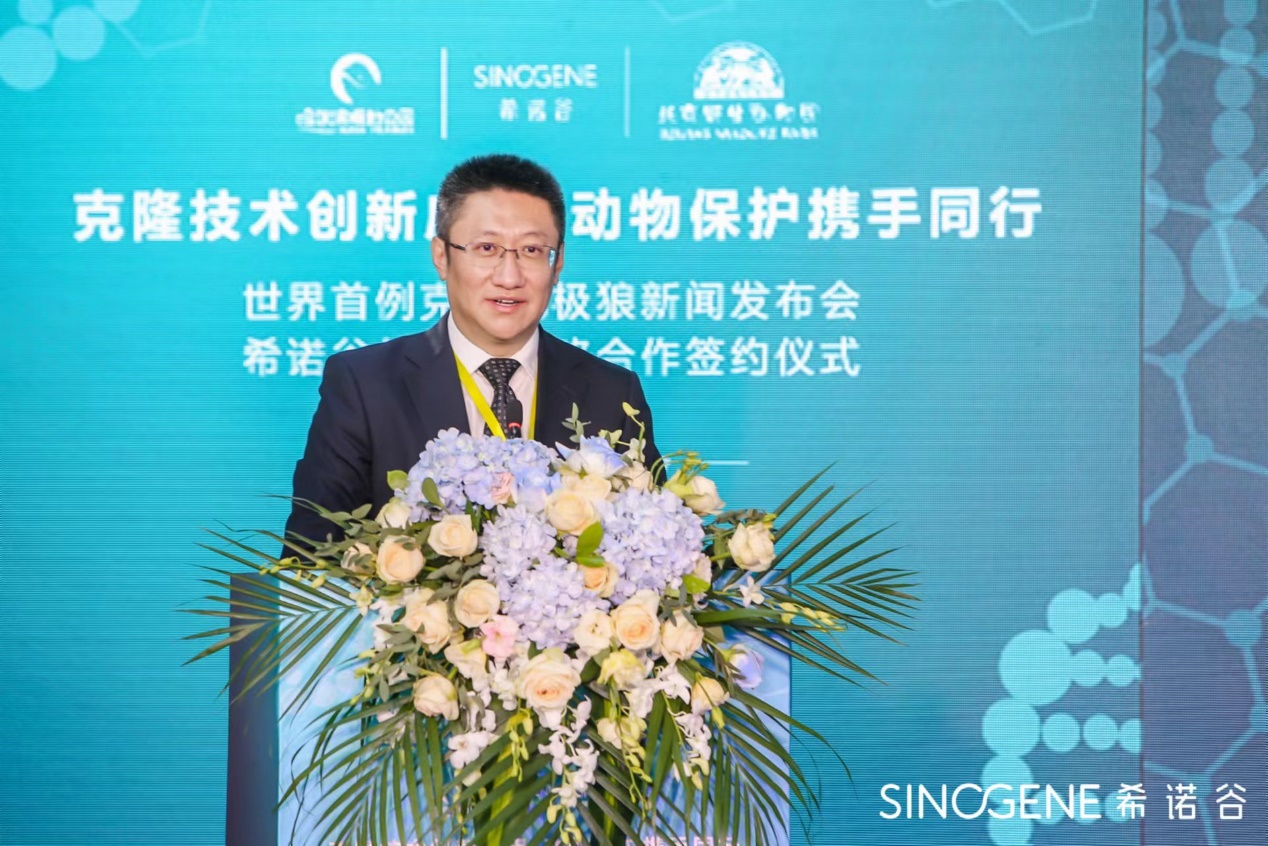 "Biodiversity is related to human well-being, and is an important basis for human survival and development." According to the data of the "Living Planet Report 2020" released by the World Wide Fund for Nature: In the past 50 years, the Living Planet Index has fell by nearly half; the total global population of animals of all types fell by 60%. In China, a large number of endangered species face the danger of extinction every day.

As one of the endangered species in the world, the Arctic wolf was included in the 2012 Red List of Threatened Species by the International Union for Conservation of Nature (IUCN).

In order to save endangered animals and protect biodiversity, Sinogene and Harbin Polar Park started a research cooperation on Arctic wolf cloning in 2020. After two years of hard work, on June 10, 2022, the world's first cloned Arctic wolf was born in Beijing.

Zhao Jianping, vice president of Sinogene, said that the donor cells for cloning the Arctic wolf came from a skin sample of a wild Arctic wolf named "Maya" introduced in Harbin Polar Park. The surrogate mother is another beagle. "We decumuli and enucleate the oocyte, and then inject the donor cell into the periovular space of the enucleated oocyte, and the somatic nucleus and the enucleated oocyte reconstitute into a new embryo, then we transfer activated cloned embryos into the uterus of the beagle to fertilize it, and the beagle gave birth to a healthy Arctic wolf pup." Zhao Jianping said. 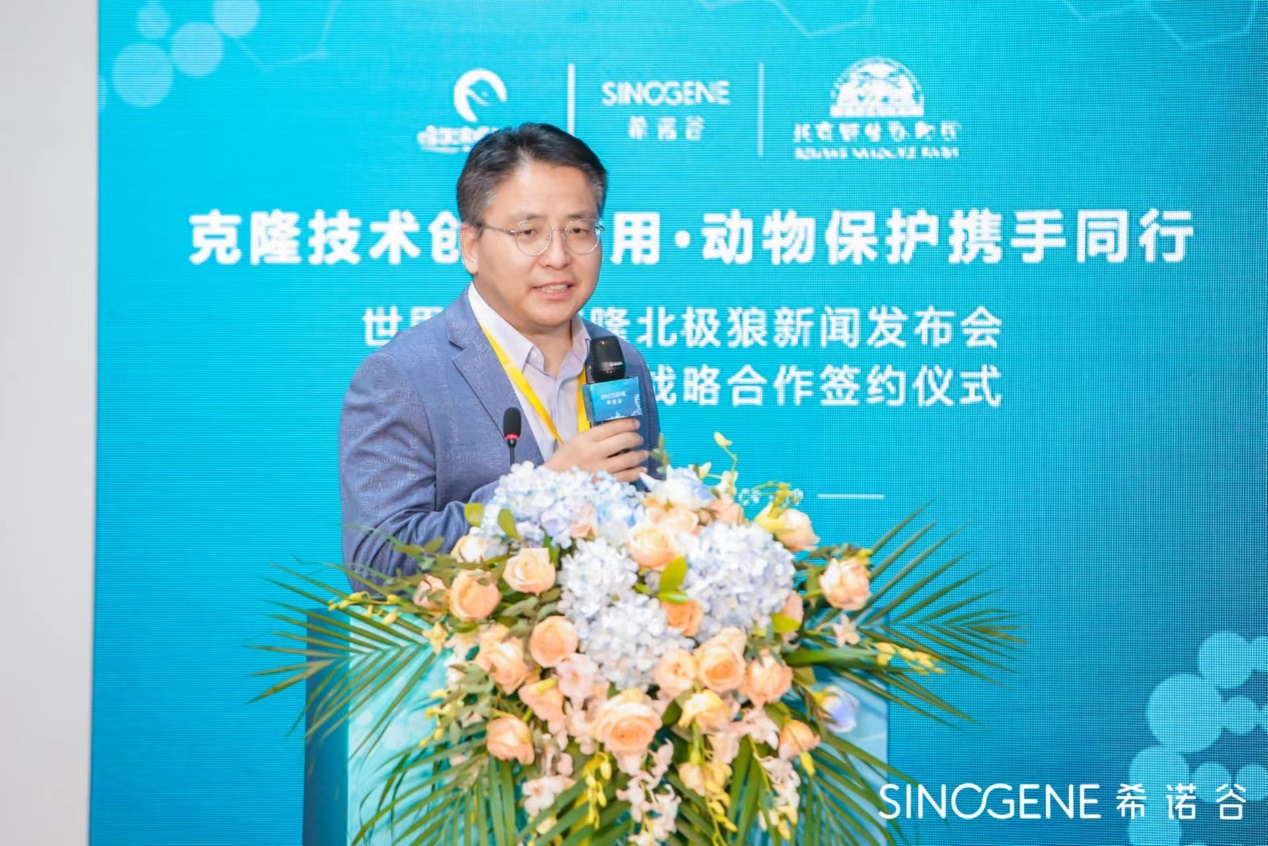 It is known that the technology of cloning the Arctic wolf using the cloning dog platform has shown strong application value, and the second cloned Arctic wolf will also be born in the near future.

2. Cloning technology makes the protection of endangered animals move towards a new process

In recent years, with the increasingly serious global ecological crisis, the global biodiversity protection is facing severe challenges, and the whole world has been actively participating in the protection of biodiversity.

Starting from the world's first mammalian clone "Dolly", cloning technology has provided a possibility to save endangered species. With the development of genetic technology, the application of cloning-related technology has gradually become a very effective method.

"Cloning technology provides a good entry point for the protection of endangered wild animals, which has a great contribution to the protection of biodiversity." Director of the Institute of Laboratory Animal Resources, China Academy of Food and Drug Control, Deputy Director of National Laboratory Animal Expert Committee, He Zhengming, said that cloning technology has been around for many years, and its application is very wide, and the birth of the world's first cloned Arctic wolf is a landmark event, which is of great significance to the world's wildlife protection and the restoration of endangered species. 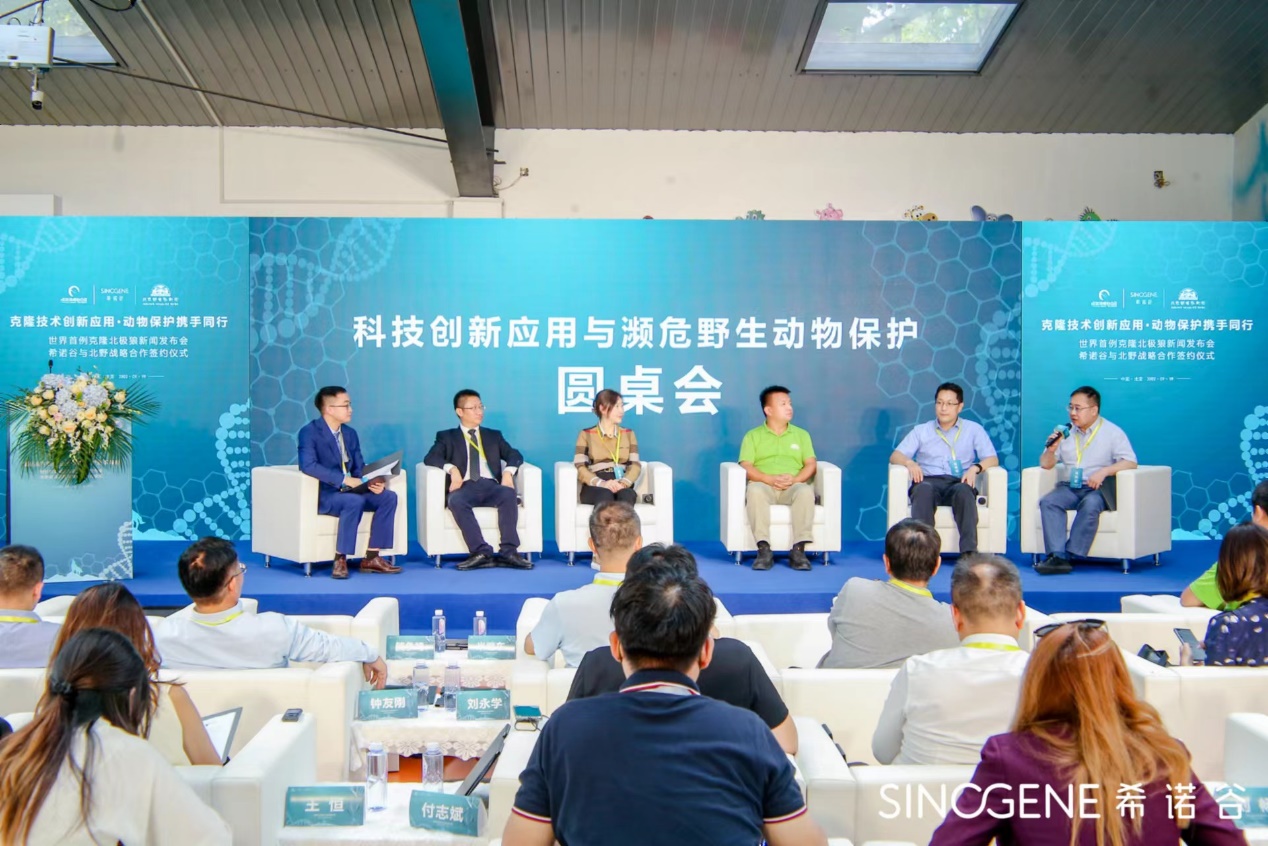 3. To protect biodiversity, let's work together!

At the press conference, Sinogene and Beijing Wildlife Park held a strategic signing ceremony. As a high-tech company with independent intellectual property rights of animal cloning technology, animal somatic cell preservation, genetic testing and gene editing technology, Sinogene has realized the management of animal life at the molecular level. Beijing Wildlife Park is a large-scale natural ecological theme scenic spot and popular science unit integrating animal protection, wild animal domestication and breeding, and popular science education. The two sides have reached a strategic cooperation on the protection of biodiversity, and are willing to make full use of the advantageous resources of both sides to carry out in-depth cooperation on genetic and germplasm conservation of rare and endangered wild animals in China, individual identification of wild animals, wild animal protection, wild animal population research, application of cloning technology, and popular science knowledge lectures, etc., so as to jointly help rare and endangered animals breed more effectively, use advanced biotechnology more effectively, and realize the goals of resource protection on a wider scale. 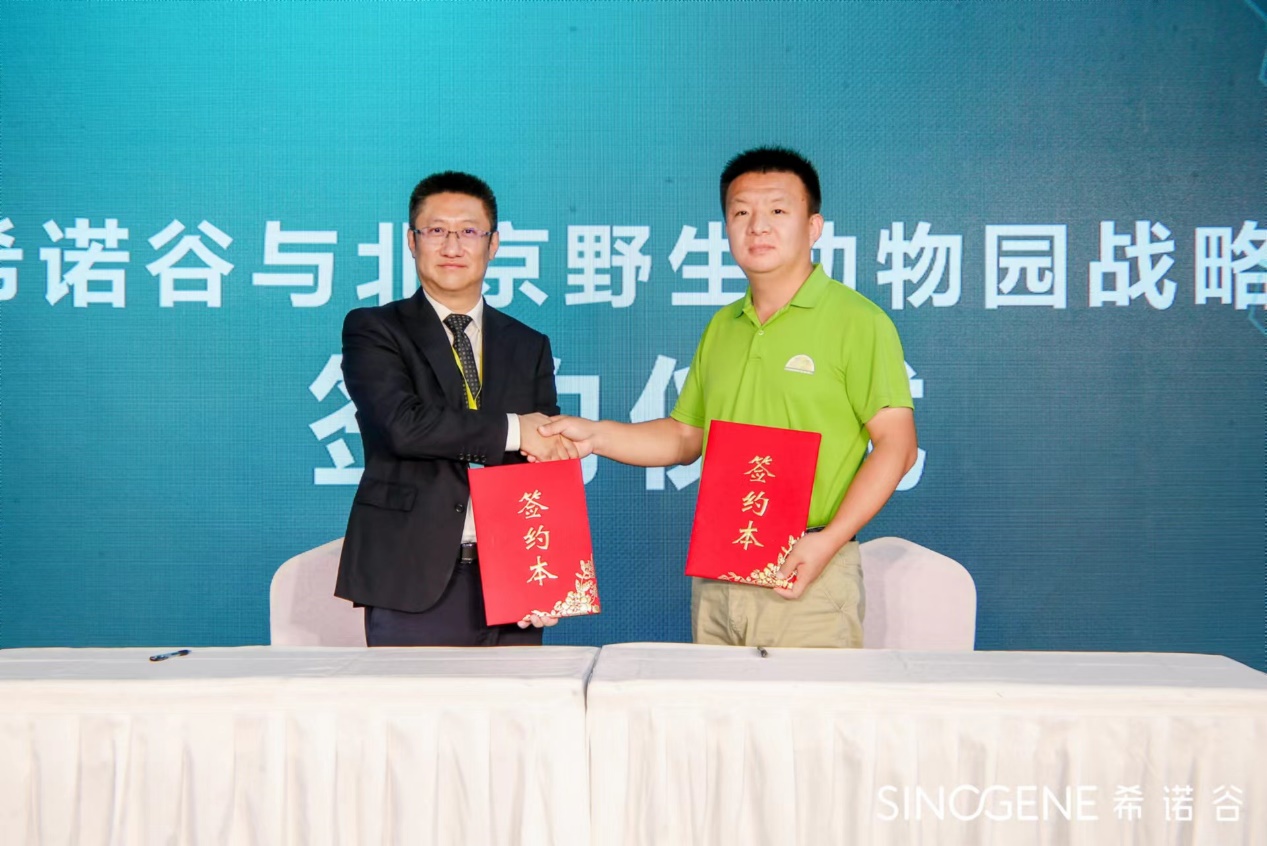 To create life value with cloning, and to protect biodiversity with technology. Sinogene actively participates in the protection of biodiversity, and is willing to join hands with all sectors of society to start a new journey of world wildlife protection and recovery of endangered species, to confront the global challenge of biodiversity loss, and to inject new impetus into global biodiversity conservation.