Trivia About Cats and Dogs: How Many Questions Can You Answer Correctly?

A lot of people like to call themselves senior dog owners. So today, we're going to make an in-depth investigation to check whether you are a rookie or a professional. Let's wait and see.

1. Are some dog breeds inherently smarter than others?

Yes, it is. Neuropsychologist Stanley Coren mentioned in the book called Born to Bark that dogs of smart breeds have three outstanding characteristics:

(2) Self-learning ability (to learn and master skills through observation and imitation);

(3) Super high work and obedience ability (to obey the command through training).

2. What is the smartest dog breed?

Border Collie is considered to be the smartest breed, and this has to be attributed to its speed in commanding passwords and superb obedience. According to a survey where 199 out of 208 judges agreed that in the list of the top ten of dog's intelligence, the first is Border Collie, followed by: Poodle, German Shepherd, Golden Retriever, Doberman, Shetland sheepdog, Labrador, Papillon dog, Rottweiler,and Australian Cattle Dog.

3. Which of the following breeds is the least smart?

D Afghan Hound. In the ranking of work and obedience tests, the Afghan Hound became the last one. In addition, some other breeds are also at the bottom of the test, namely: Basenji, Pitbull, Chow Chow, Russian Wolfhound, Bloodhound, Pekingese, Beagle, Mashti Husband dog and Buggy hound.

4. Are cats smarter than dogs?

No. Every time this problem arises, it will lead to a "fight" between cat lovers and dog lovers. Many test results show that cats are smarter than dogs in the flexibility of using their paws, while dogs are better at observing commands and social skills. In addition, in terms of the size of cats and dogs, the brain of a dog is larger than that of a cat. In the field of science usually the size of the brain is also an important indicator to weigh the wisdom of species.

5. How many words can a dog learn?

If you hope that the dog understand human commands, you can start from the simplest words like"sit", "go", and "stop". How many words can a dog master?

After continuously testing the dogs, researchers figure out that although the dog breeds are different, on average, each dog can learn and master at least 165 words. Like Border Collie, who we have given the title of the smartest, can even learn more than 1,000 words, which is equivalent to the vocabulary of a 3-year-old child. 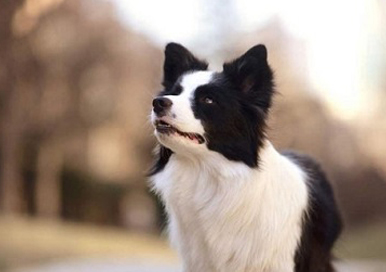