How Much Do You Know About Cats?

1. The origin of cats

Cats originated in ancient Egypt. In order to protect crops from rats, the Egyptians began to raise cats. Also, as cats were the incarnation of ancient Egyptian goddesses, keeping cats became popular in ancient Egypt ever since.

The cat's front paws have five meat balls, while the hind paws have only four meat balls. Generally speaking, cat's claws are cold, so if its claws suddenly become hot one day, it is likely that the cat has caught a fever.

In order to maintain a sharp sense of smell, cat's nose is generally moist and cold. In addition to smelling, their noses also have an important function that is to measure temperature. They can measure temperature by the air inhaled in the nasal cavity.

Cats can't taste sweetness, so they don't think cakes are delicious. But they are particularly sensitive to the sourness and bitterness produced by amino acids. This sensitivity can ensure that cats do not eat spoiled food when they have their meals.

Cats are those mammals who love to sleep most. Most cats sleep for about 16 hours a day. It is said that cats missed the opportunity to be selected as a member of the "Chinese Zodiac" because they were sleepyheads. 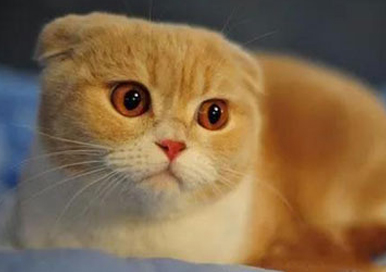