Have You Ever Seen a Police Cat? This Police Cat in Chengdu Boasts the First-class Mediation Ability!

Vassili is located in the area of Kuanzhai Alley, Huangwa Street police station.

Vassili was adopted from a resident's home in June last year. "When he was born, he's quite a little one," Chen, a new police officer who arrived at the station last year, said of the police cat, beaming. He brought Vassili's uniform. The police station added two signs to the cat clothes they bought online three days ago: "Huangwa Street Police Cat" on the left and "I am very nice and don't bite" on the right. 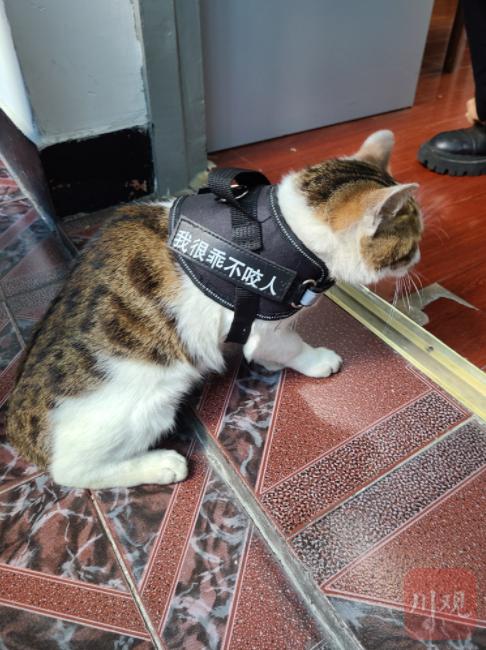 With this uniform, "Vassili" is a real police cat!

Vassili in the police station enjoys a very good treatment. Besides cat food, cat toilet, cat clothes, there is a special dormitory on duty, and police officers will play with him.

The police station is located in the old city, downtown. When Vassili was very little, he had shown the police cat characteristics. The police officer Zhao on night duty found Vassili's skill extraordinary. The monitoring in the police office also took a shot of him catching mice. "There used to be a lot of mice in the house, but I feel there are much fewer now." "Dai said.

There are a total of 37 police officers to manage the most visited area of Chengdu, who are busy and tired. When Vassili has slept enough during the day, he follows the policemen. In the evening, he would jump to its desk to look at the computer, understand the basic situation of the community, and accompany the policemen on the night shift. 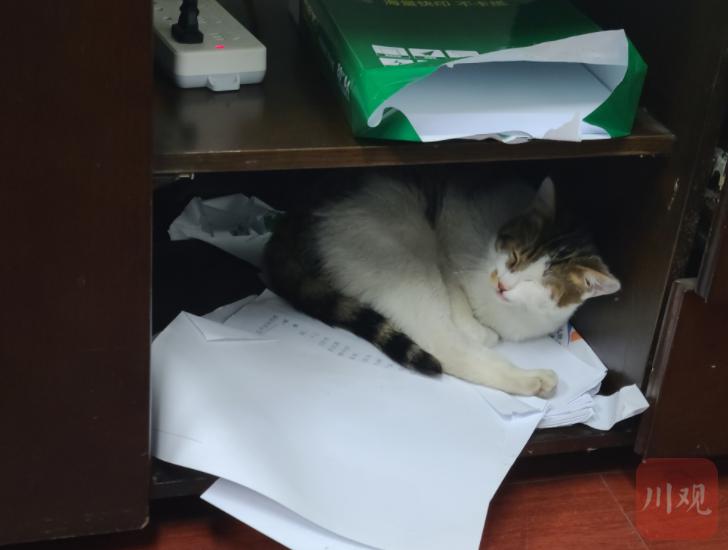 "Cats are very spontaneous and tend to leave their habitat and not come back. At least my cat never came back. But Vassili knows to come back, every time he goes out. I think he likes here." Dai figured that Vassili and Huangwa Street police station shared a special affection. 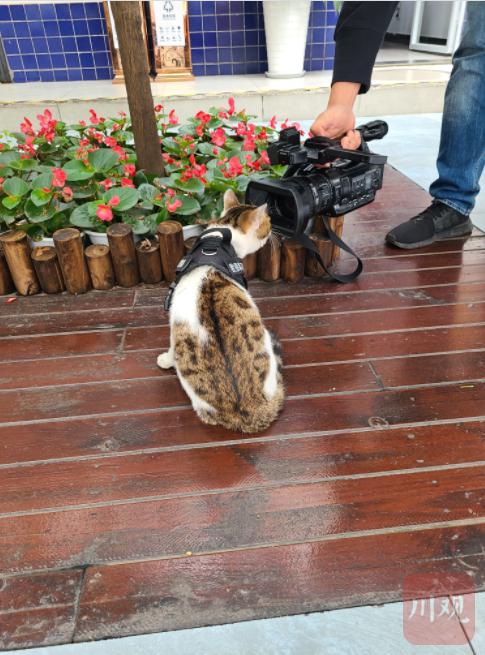 Jixiang Street, where the Huangwa Street Police station is located, is a gathering area of old residential communities. Besides, it is close to Kuanzhai Alley. Family conflicts and complaints from tourists have brought many people to the street. Vassili often jumps up and down, especially close to people, and then "the public mood is relaxing at once," Chen praised Vassili. Last week, a girl lost her cell phone in a taxi and was very upset. When she came to the police station to check the surveillance, she saw the cute Vassili, and she relaxed and amused the police cat. 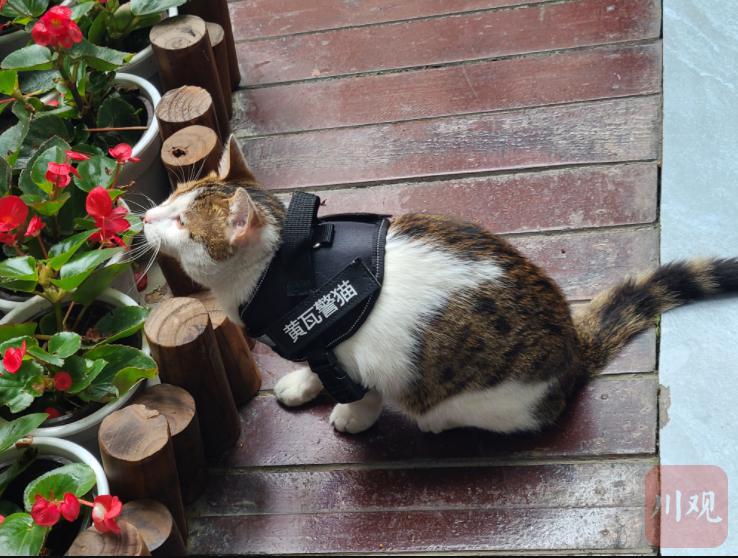 Speaking of the cat's name, Vassili, police said it was a character from a movie in the former Soviet Union and that its excellent mouse-catching ability had earned it a good name. They even nicknamed the cat Wababy, which means the baby in the Huangwa Street police station.

Yu said the cat became a favorite in the police station. "We played with the cat in our spare time, and sometimes Vassili would sneak in to watch us work. We felt 'cured'."