Can a Dog Really be Trained into a Coronavirus "Detector"?

On the coronavirus pneumonia epidemic prevention and control work in Beijing on the evening of June 16th, the 121st press conference announced that since June 16th, the response level of public health emergencies in Beijing has been adjusted to level 2, and 15 measures have been issued to conduct a thorough investigation and free nucleic acid detection of  the close contacts. 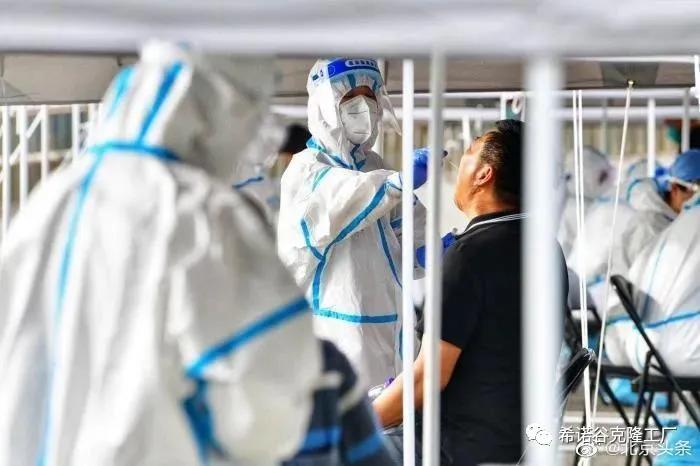 In 7120 communities (villages) in Beijing, nearly 100000 community (Village) workers have joined the front line of fighting the epidemic, and nearly 200000 people who have been to Xinfadi market were investigated for some time.

In the hot summer, medical staff in Beijing dressed in airtight protective clothing to fight against the epidemic. The scene of a nurse resting after being exhausted is heartbreaking.

Can the high-intensity anti-epidemic work under high temperatures be replaced by other methods? Some people can't help asking.

I remember on April 20 this year, according to a foreign media report, a British charity will work with scientists to train dogs to help identify patients with CONVID-19 infection. The charity's chief executive believes that dogs trained to sniff out as many as 750 people an hour will greatly help detection capabilities around the world.

Dr. Claire Guest, CEO and co-founder of medical detection dogs, a UK charity, said: "detection of human diseases in dogs has been a great success. I believe that by training them, we can identify new CONVID-19 patients.”

Is this assumption Tenable?

In fact, using dogs to visit patients is not new.

As early as 1989, two doctors from King's College London published a paper on the use of canine olfaction for cancer detection. The turning point for the study was a patient who said his dog was very excited about a skin lesion that was actually a malignant melanoma.

A dog named Daisy has an amazing ability to "smell" cancer in just a few seconds, and the first person she saved is her owner Claire, the Sun reported.

One afternoon in 2009, the owner took Daisy out for a walk when he came home from work. But Daisy refused to go out of the house. She did not stop her nose from hitting her master's chest and snorting. The owner felt that something was blocking the part that Daisy was butting against, so he went to the hospital for a comprehensive examination.

The results of the examination were very surprising. A cyst was found at the site of Daisy's head butting, which was diagnosed as breast cancer. It's very lucky to be found in time and the cyst is still in the early stage which can be treated.

People with different diseases will release different kinds of specific gas molecules to the outside world. Taking advantage of this, the medical community has been trying to use the dog's sense of smell to detect a variety of diseases, including cancer, super bacteria, Parkinson's disease, and malaria.

In 2012, researchers from two major hospitals in the Netherlands published a new study in the British Medical Journal (BMJ) showing that trained dogs can detect patients infected with a superbug, Clostridium difficile, with high accuracy.

In 2014, based on the study, a Vancouver hospital applied the method of using dogs to detect superbugs in clinical practice. They trained the world's first spaniel with combat detection experience.

The dog's sensitive sense of smell has been used for hundreds of years in the detection of psychotropic drugs and prohibited food, and the detection of diseases with dogs has been a serious subject with some scientific evidence and practical experience in the medical field.

So, is it feasible to use dogs to detect CONVID-19 infections? In theory, this is possible, but the results of the study are still unknown and may take a long time - depending on whether dogs can find a common and unique odor from a patient's biological sample. If it were proved to be available, dog cloning would be a good support for health event in the human future.

Scientists believe that virus infection can cause a series of immune reactions in the human body, which may release specific compounds into the blood, that can be released to the outside world through the respiratory system or skin.

Theoretically, CONVID-19 patients should have their own unique smell, and dogs trained specially will probably recognize this smell.

If this research turns out to be true, then these small animals that bring us laughter and warmth will bring us new surprises. Let's wait and see!