If There's One Thing That Can Stop Me from Being Lonely, It will Be My Cat

Josh Marino is a former Iraq veteran. Although he was lucky to return home, but the war did not leave him: He developed post-traumatic stress disorder, or PTSD. He was so anxious that he couldn't concentrate and couldn't memorize anything, and it was a painful ordeal to simply stop and think about doing something. He was mired in despair. After days and nights of suffering, Josh decided at one night that he couldn't take it anymore and was determined to put an end to all of these...

He took out his saber, laid it beside him, and wrote a farewell letter on his computer. Then he went out of the door, and sat down on the steps to smoke. It rained heavily and damped his body, but Josh in despair didn't care about that. He lit up his last cigarette, intending to leave the world after smoking... Just then, there was a meow in the bushes next to him. Then a suckling cat with a black back and a white belly came out of the bushes. It walked right up to Josh's army boot and rubbed its head against his leg, asking Josh for a touch. 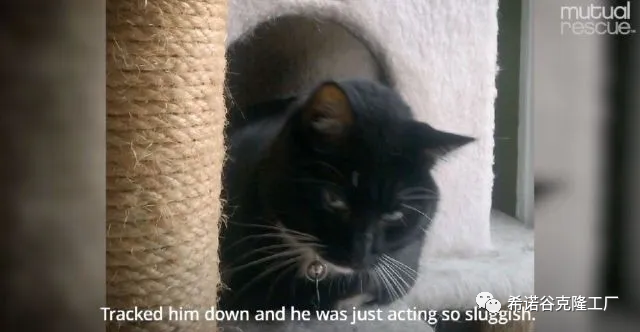 At that moment, Josh's emotions were so mixed that he burst into tears. In the days of illness, he felt that the whole world had abandoned him, but now, this little black and white cat needed him so sincerely... With the appearance of the kitten, Josh forgot his own pain and began to think about what he could do for the kitten.

He began to wonder how to feed the kitten and how to give it a warm home. From that day on, Josh brought a plate of food to the door every day, waiting for the kitten to show up, and every day the kitten jumped on his lap and played with him. They soon got to know each other, and Josh gradually gave up the idea of suicide. He began to feel that he increasingly looked forward to seeing the kitten every day. 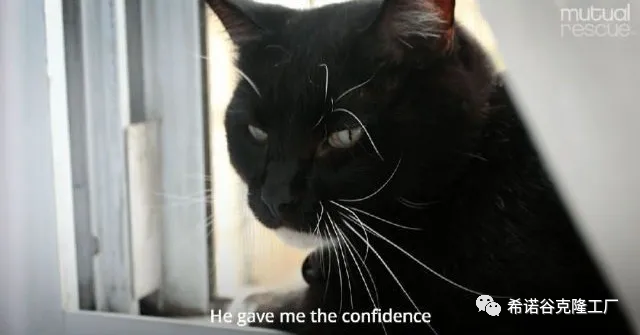 But one day, when Josh came home and called for the kitten, the kitten never showed up. He realized that the kitten was no longer here. "I don't always need people to care about me. I need to care about other people." Then Josh's life has been turned upside down because of it. Not long after that, Josh fell in love with Becky, a girl he has known since high school.

The happy days do not diminish Josh's deep feelings for his old buddy. He still remembers from time to time the black and white kitten he met who rescued him when he was in his deepest despair. "When you think of something, it echoes." A few months after the kitten disappeared, Josh and Becky unexpectedly reunited with the kitten at a pet adoption event! Josh officially adopted the cat and named it Scout.

The encounter seemed like a fairy tale, and everything was moving forward smoothly. One day, however, when Josh and Becky came home, instead of running to meet them as usual, Scout was listlessly curled up in a corner. They took Scout to a doctor, and the diagnosis was that it had Feline Leukemia. Josh was devastated. They fought tooth and nail to save it, but Scout did not get better. During its last two weeks, Josh gave Scout the best care he could, accompanied and comforted it... Until the very last moment, Scout lay in Josh's arms, trying to dally against him with its black and white paws, just as it did when they first met, but without strength.

"It closed her eyes and died quietly in my arms." Josh says, "It understood my emotions before being my cat. Scout saved my life. It has given me the confidence to stand up bravely from the abyss of misfortune... Every day from now, I will think about it all the time. It gave me a second life and I just signed an adoption agreement for it."

"I will always love you, Scout!" 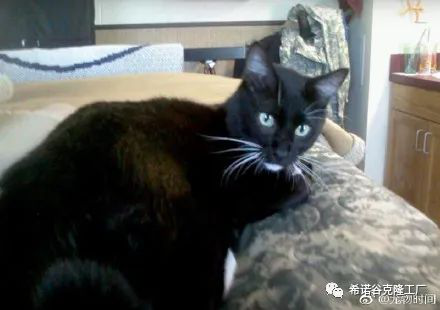