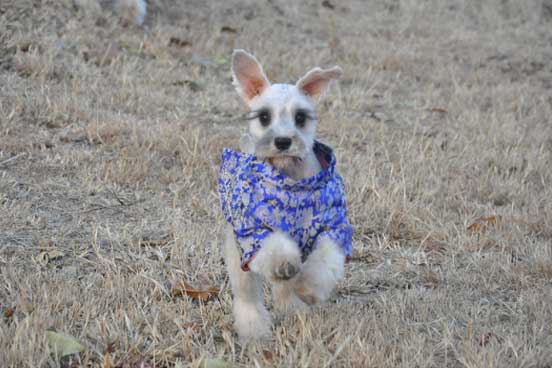 When Doudou dropped her first tooth at his 7, I began to worry about her aging issue. It's an adventurous move for me to choose clone her. The day I took her to Sinogene for cell preservation, I panicked. I thought I need to prepare lots of stuff. Turned out it was just a five-minute process. Four months later, I was told it's time to take my cloned dog Zhuanzhuan home. The time I held her in my arms, it felt so real.

My biggest expectation was to see the two look exactly the same, though I knew its impossible even for twins. After days of observation, the way how they had food was so alike, which was fun to watch everyday. What's more, Doudou was quite friendly to her clone Zhuanzhuan, and that was rare for her to be nice to other dogs. I was ready to take the two for more adventures together.