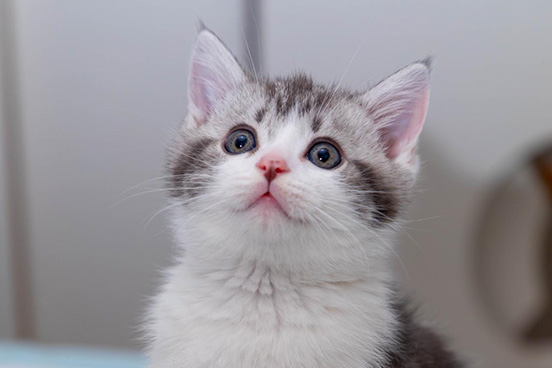 When Beitiao came to our house, my husband was sick in hospital, and his arrival brought us a lot of unexpected happiness, his care for you, the warmth he brought to you, such as he would coax you when you were upset, etc., which made us build a deep relationship with him.
Beitiao accidentally ate grass with pesticides and suffered kidney failure, so I chose to clone because I did not want Beitiao to leave me.
The first time I saw little Beitiao, I immediately thought this was Beitiao, as they were so much alike. When I held him, he wasn't afraid of me at all, and the way he looked at me made me feel like he was familiar and close to me, which he wasn't to others, to whom he only looked with curiosity or simply ignored.
Little Beitiao's habits are the same as Beitiao's. They both love to clean, they both like to cover the litter tightly after going to the toilet, they are also both timid, and their reactions are the same when they arrive at an unfamiliar environment.
After I brought little Beitiao back, all my neighbours and family members were cheering: Beitiao is back!